THE SOUNDS OF ENGLISH 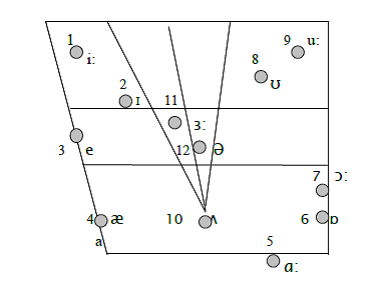 The above possibilities are illustrated by the following words:
splash, sprain, spurious/spjʊƏriƏs/
strain, stew /stju:/
screech, sclerosis, squander /skwɔndƏ/ and skew /skju:/
If there are only two consonants in the cluster, the first must come from set /p,t,k,b,g,f,v,θ,s,∫,h/ in the following patterns. The normal orthography is used but the reader is reminded that sounds and not spellings are referred to: 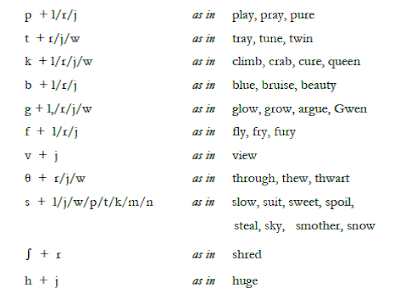 CONSONANT CLUSTERS IN FINAL POSITION
English permits up to four consonants in word final position, so we have CCCVCCCC as a possible English word. Such words are uncommon but ‘strengths’ illustrates the patter. The following types of clusters can be established, starting with VCC: 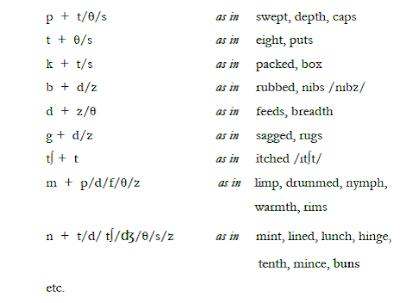